Little Wooden Men didn’t send a lot of copies of Made from Dirt out for reviews. When you send people dirt-covered CDs in the mail you are challenging the recipient to get on your level. Jeff Breeze sent an email back, enthused!, and wrote a feature in Northeast Performer about people making noise in a Vermont basement.
In Oct. 2005 we played a Halloween show in Bellows Falls. Jeff drove from Boston to see us, a surprise first meeting. His nephew was born that weekend, and he took to calling it the anniversary of Toms.
The next summer, Jeff put together a week-long tour with us where his solo act Most Bitter would play as a duo and The Red F also played. Montpelier, Portsmouth, Portland, Cape Cod somewhere, his radio show Pipeline! on MIT’s WMBR, then finally P.A.’s Lounge in Somerville.
It was all firsts/lasts for a 19/20 year-old who couldn’t be paid in drink tickets.
When figuring out where to land after VCU, Boston seemed like the only place. It had two daily newspapers and it had Jeff Breeze.
His floor was my first home in Boston.
We’d drive around looking for ice cream for hours, sometimes meeting up with his brother Tim. Hanging out meant a new place, person, thing. The adventures were soundtracked by the latest from basements or Raphael Saadiq or TSwift.
This went on for years. He’d ring and I’d get in his car and we’d go. Or he’d call up and say, “We’re having frog legs tonight, come over.”
This was punctuated by Concord Ballet Orchestra Players gigs that would always channel some other world.
Leaving Somerville was exciting and hard. Jeff was a safe orbit.
Saw the Boston Typewriter Orchestra at the Black Cat (!) in DC in 2014 and stayed in touch until I had a bonus Somerville round in 2016-17. I rented a bowling alley run by a zoning board criminal/official to finally show him a new corner of Somerville.
Before Beau was born, Jeff agreed to take over my dear Mass. Auto Dealer Magazine. He figured out how to make it run well, 12 years in.
Two weeks ago he texted, “15!” to mark the anniversary of our meeting.
On Friday, he sent me the new Repetitor single, “The Space That May or May Not Exist Between Us.” On Sunday, he was gone.

Ten photos from the epic Most Bitter / Little Wooden Men / The Red F tour in the summer of 2006: 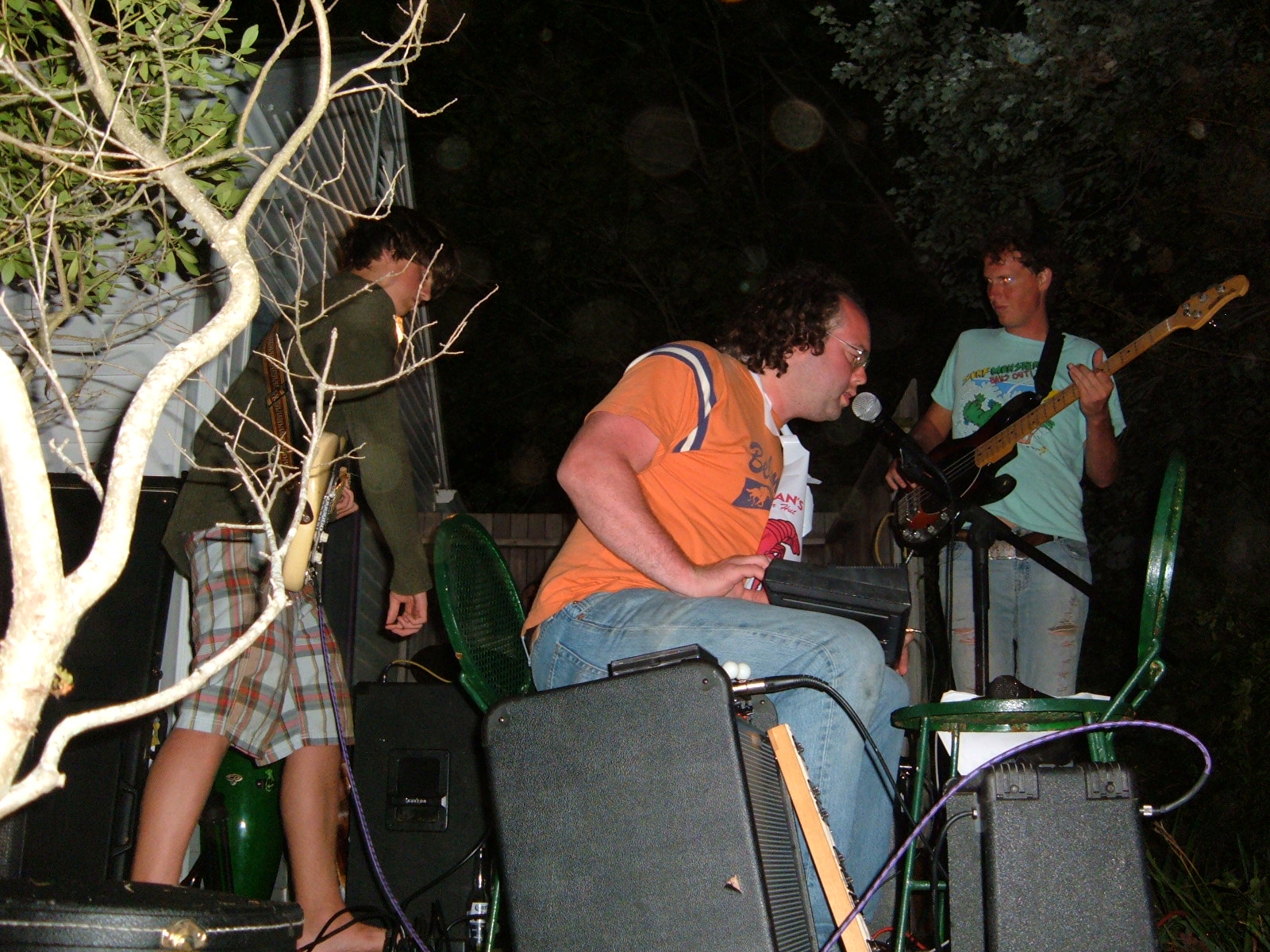 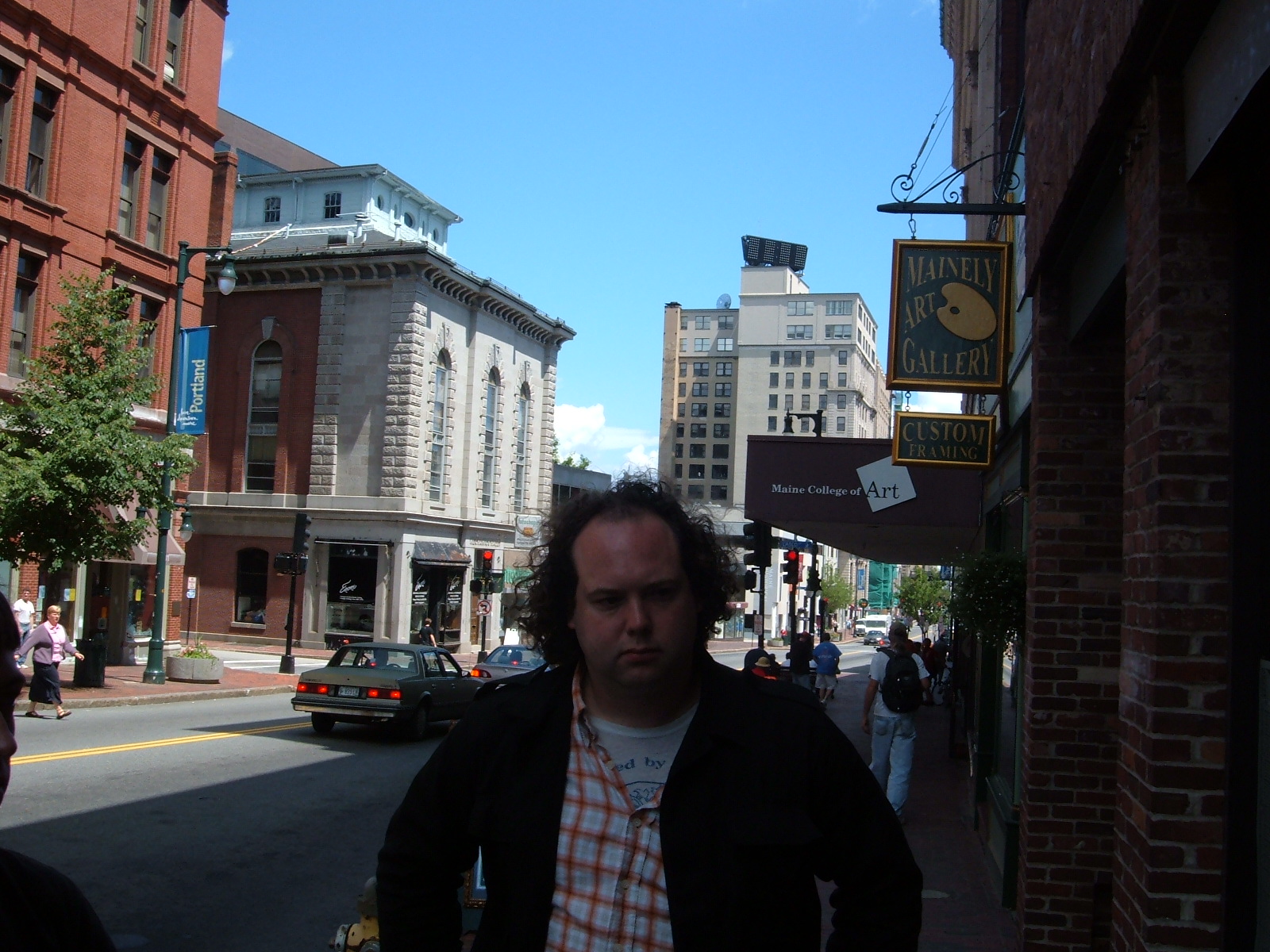 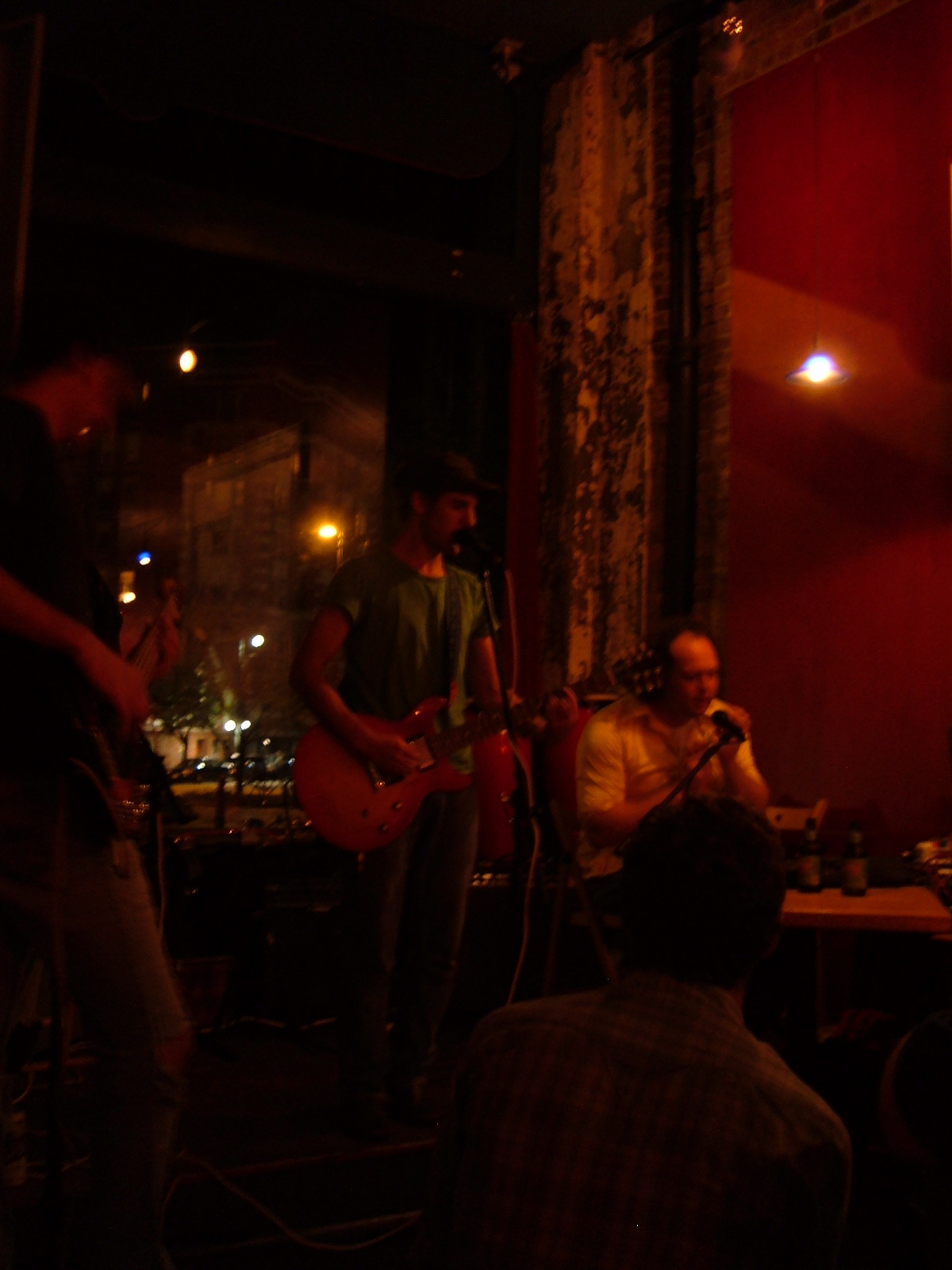 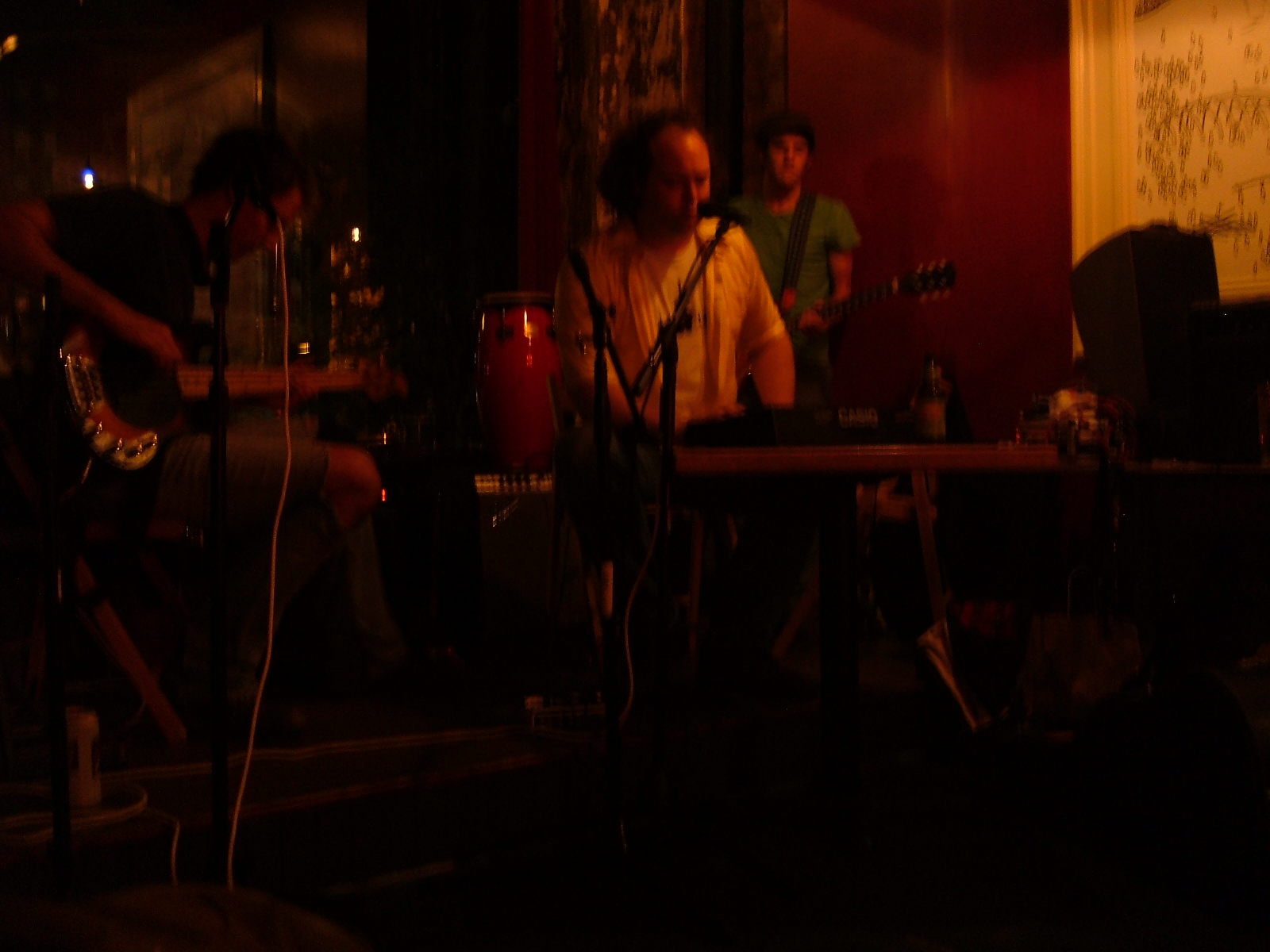 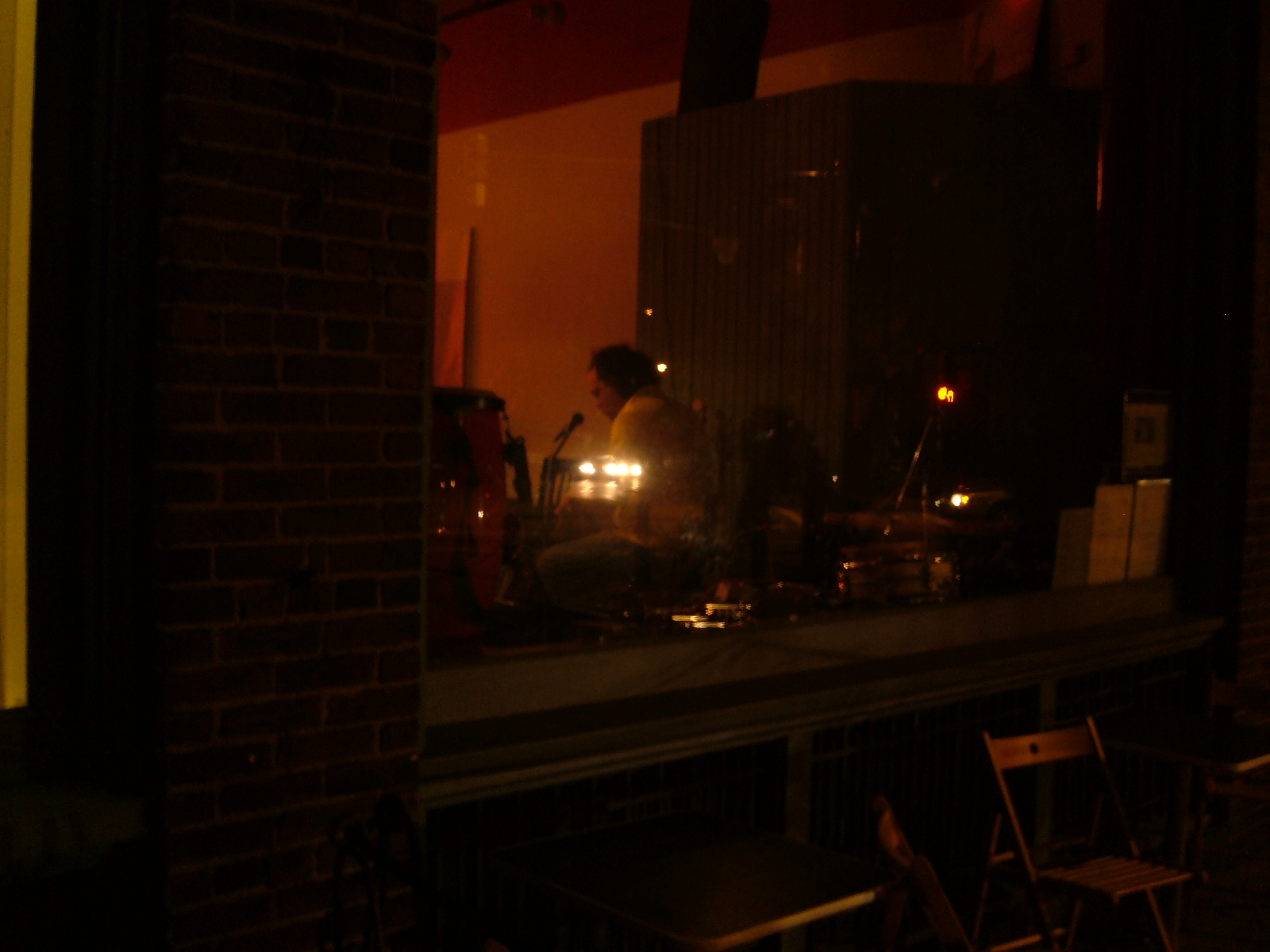 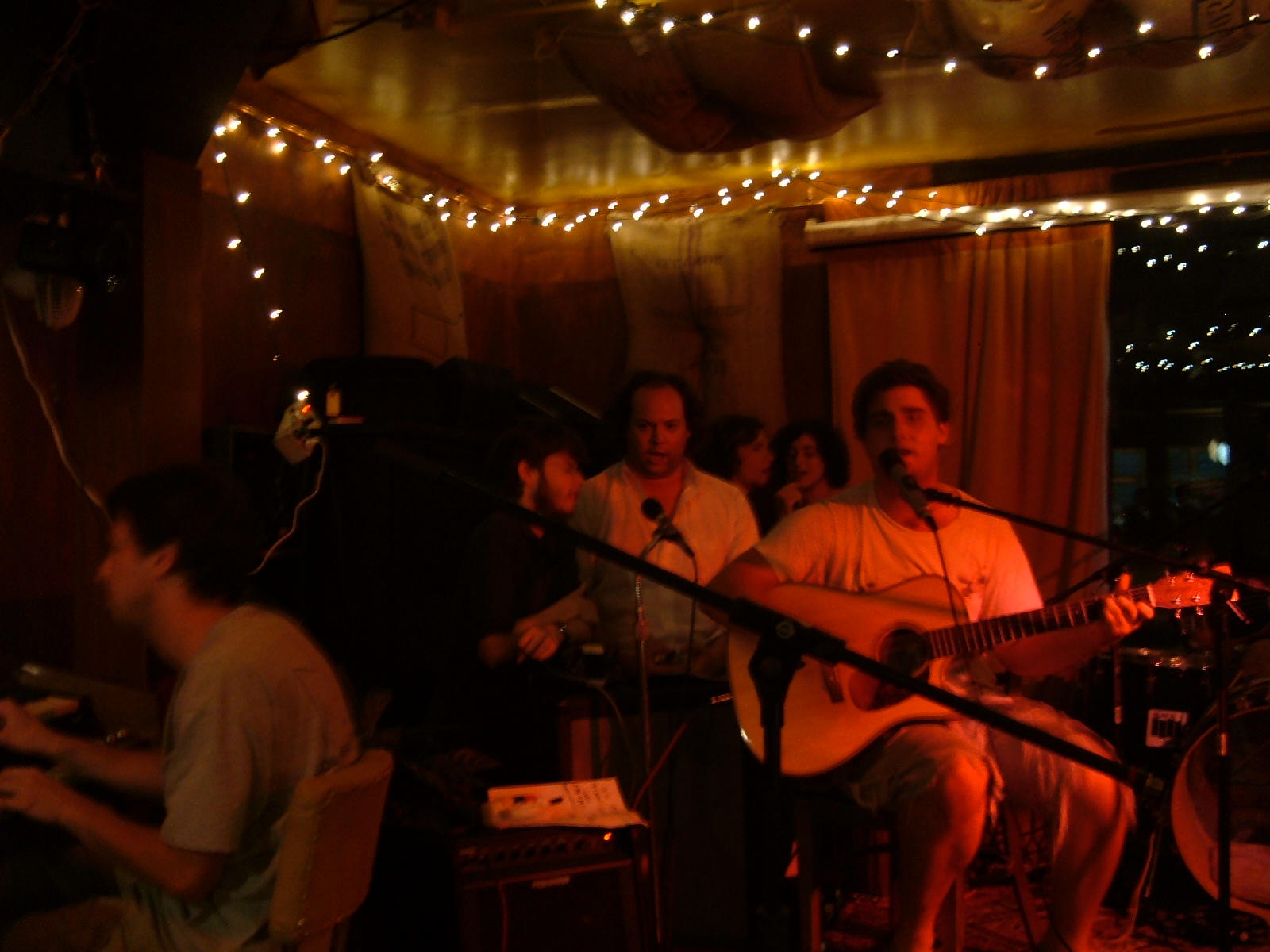 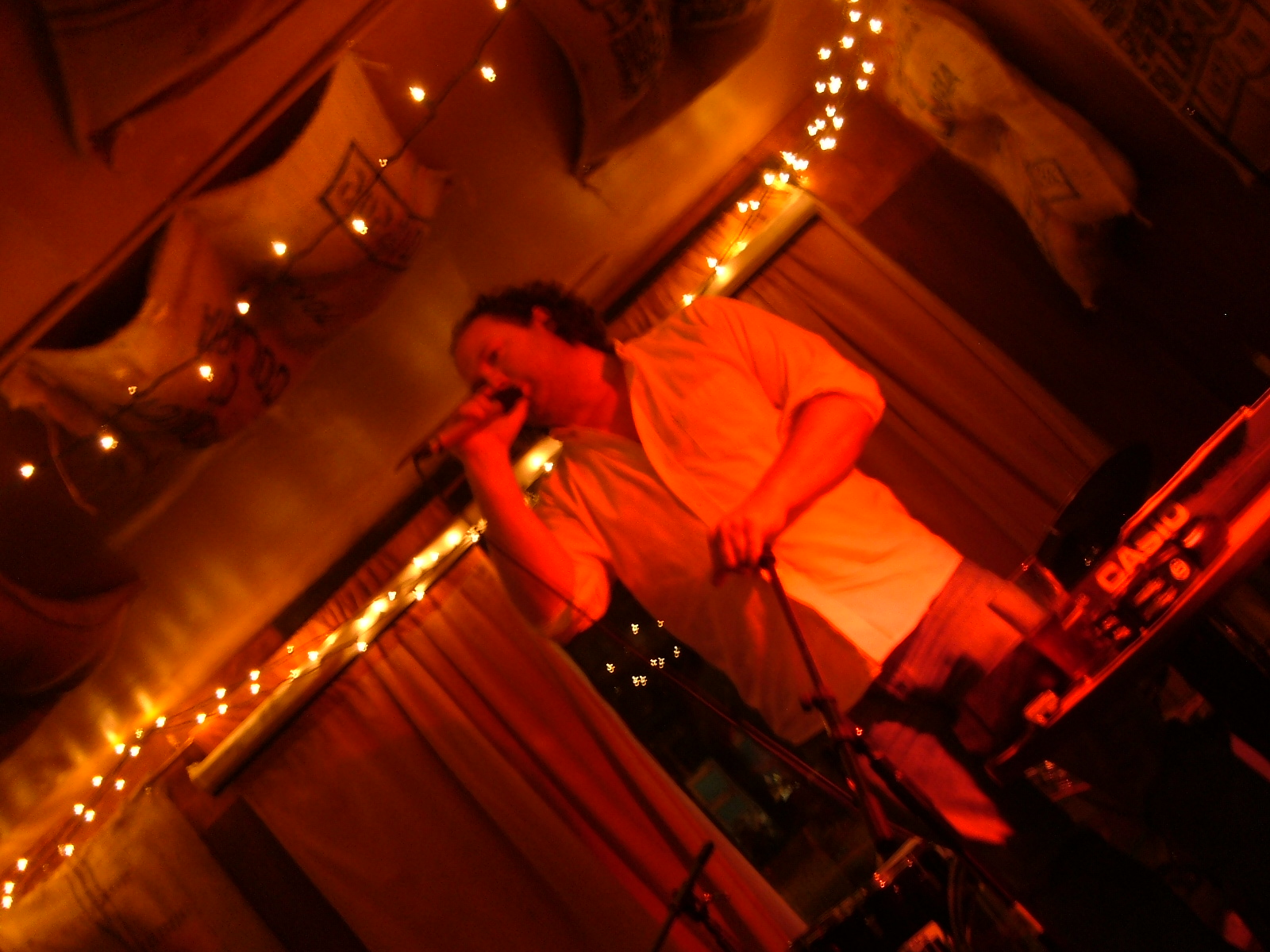 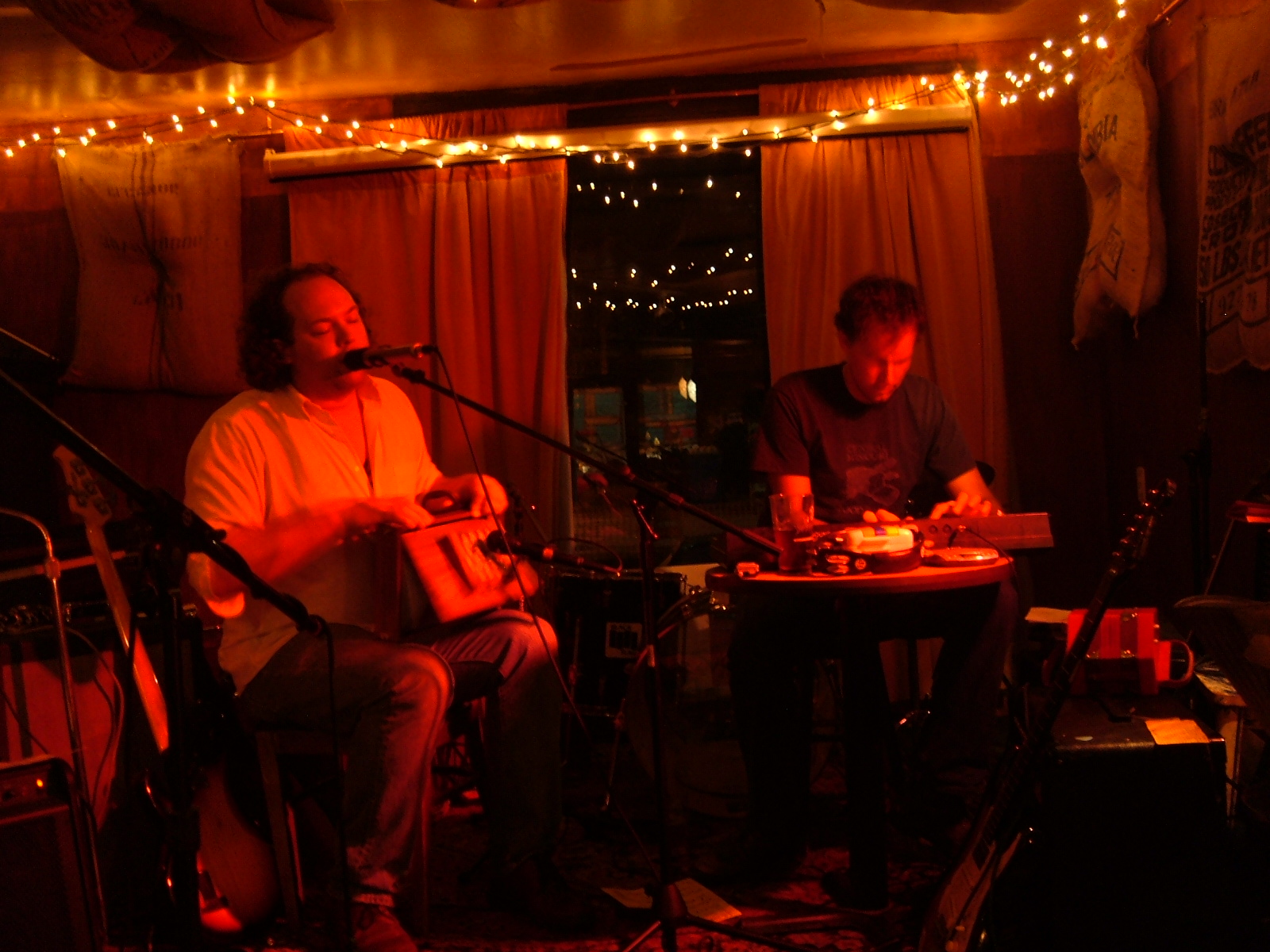 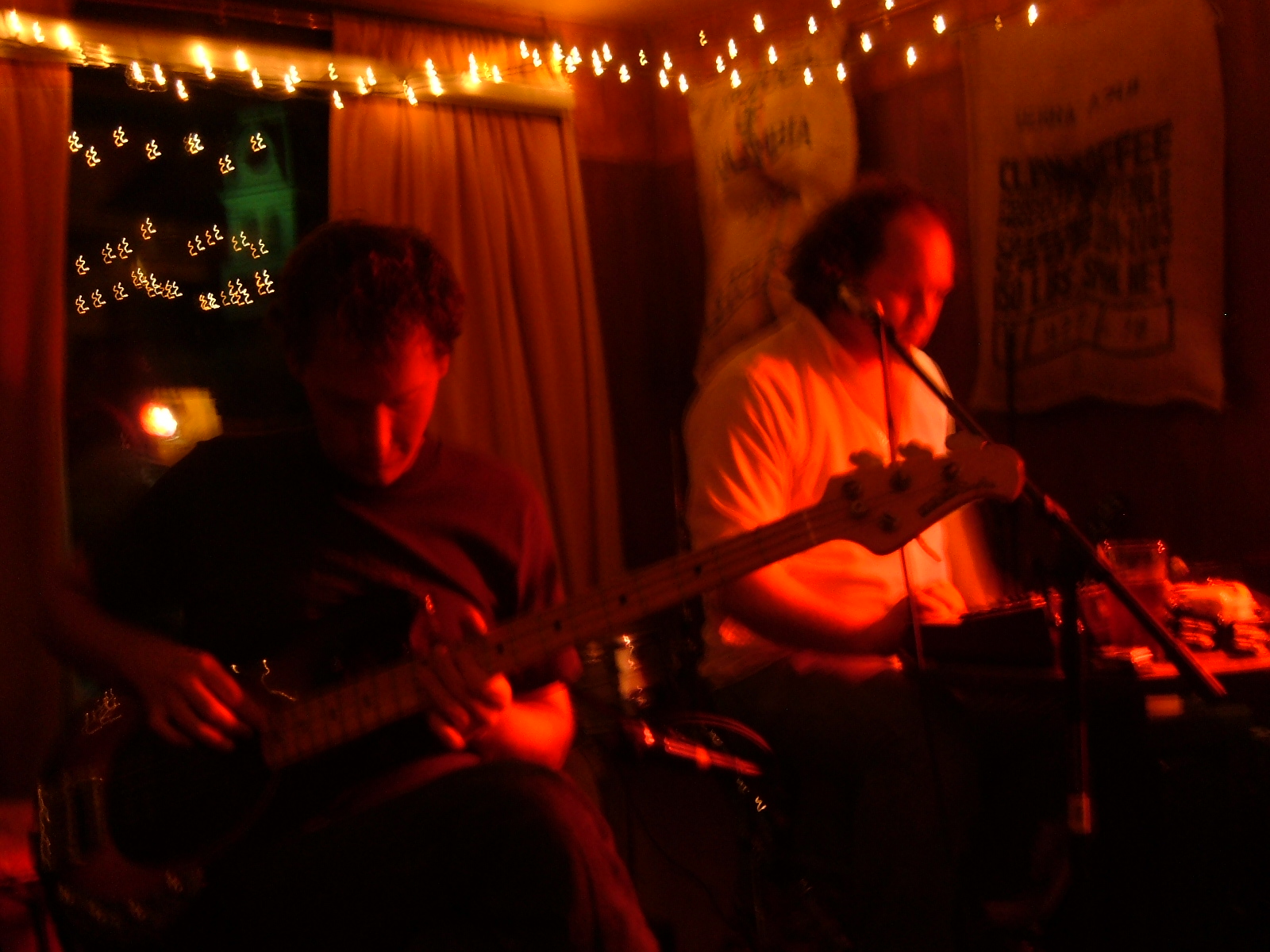 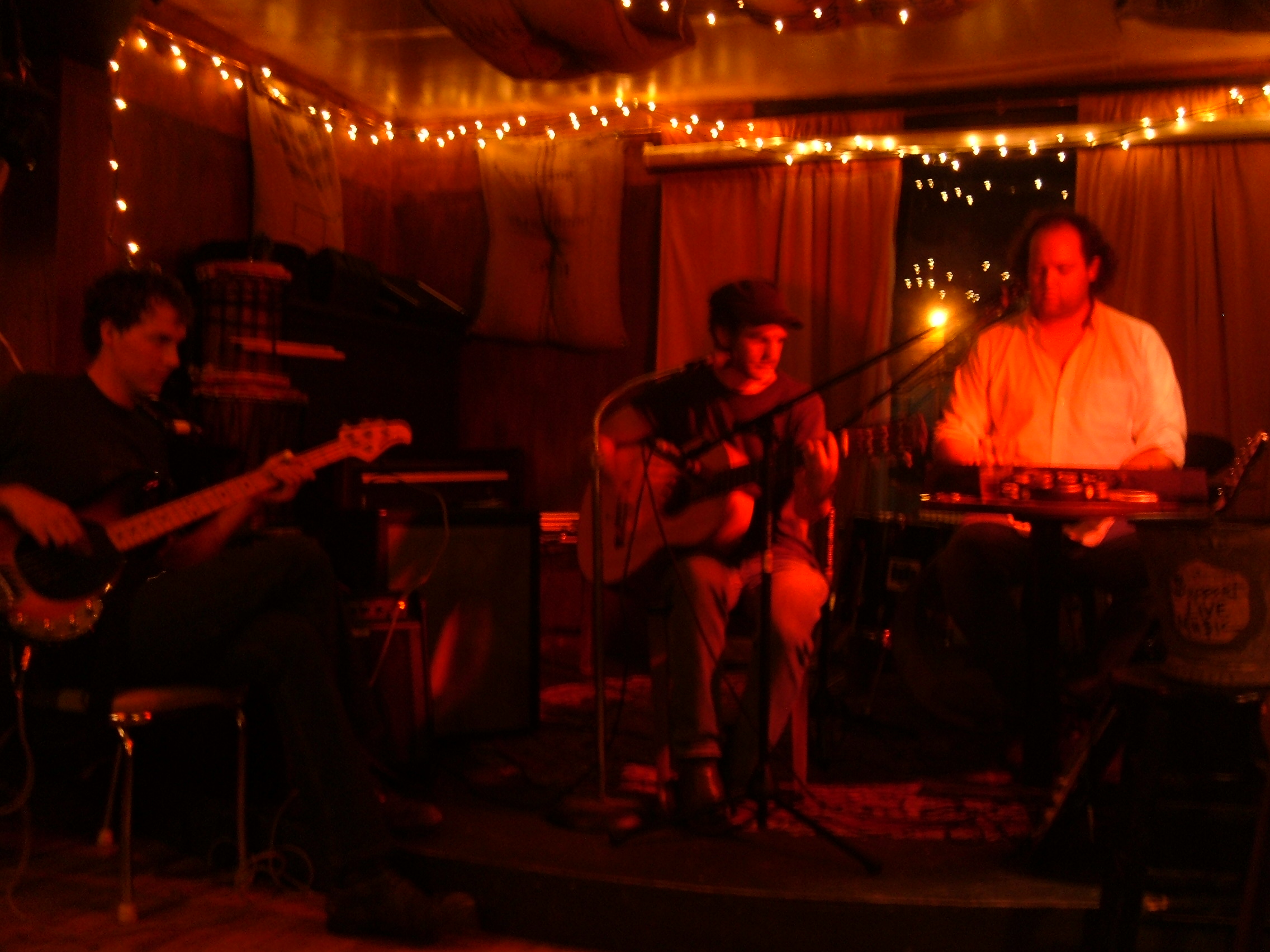 One Reply to “Tom Nash”