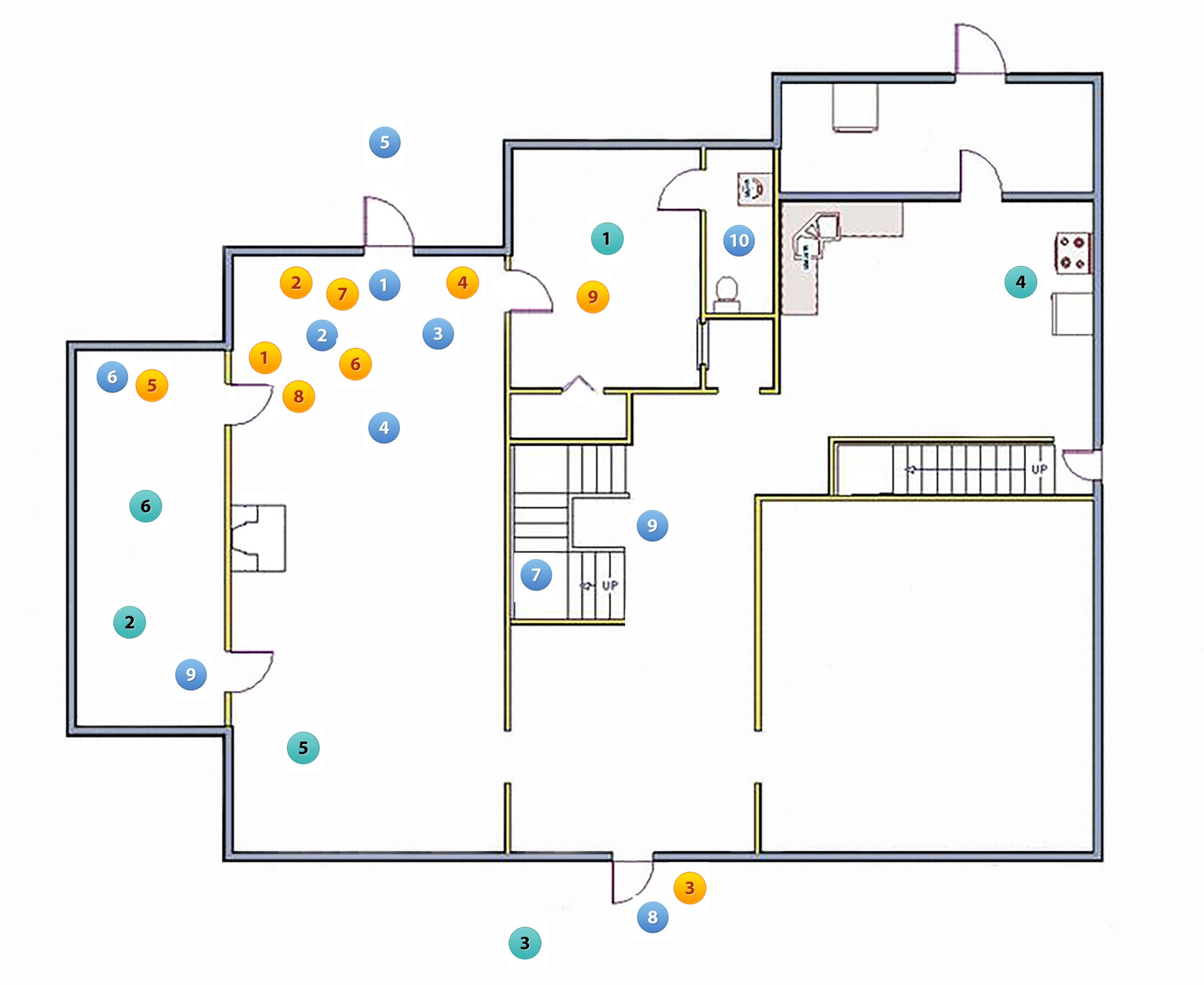 Breeze’s path (gold icons):
1. Jeff began the show here. He launches into his iconic dance at the beginning of part 1.
2. He moved to the window sill.
3. He diplomatically assuaged the cops’ concerns for 15 or 20 minutes.
4. He shut one window, but appeared to leave every other window open.
5. He retrieved a champagne bottle from the mini-fridge.
6. He admonished the crowd for leaving doors and windows open, grabbed the mic a few minutes later to join in on a rousing chorus, then humped the floor for good measure.
7. He stumbled into Mark’s drums and broke a cymbal.
8. He gathered his thoughts.
9. He suddenly veered off in this direction to points unknown.

Magical moments (teal icons):
1. Jeff cooked his famous spaghetti for Teengenerate and The New Bomb Turks before a Music Committee show in Stotler Ballroom. Two of the guys in Teengenerate spilled their helpings all over the nasty carpet, tearfully apologized, then desperately tried to scrub out the stains with Spray N’ Wash. It made it worse.
2. Jeff and I binge watched all 10 episodes of the Aaron-Spelling-created, Keri-Russell-starring “Malibu Shores” in 12 hours. Someone had taped it on VHS and given it to him at Whizz!
3. Jeff attempted to cook swordfish for Versus on a broken, tetanus-infected grill that someone left in the front yard. The swordfish stuck to the grill and everyone went hungry.
4. Jeff and I cooked three grilled cheese sandwiches for a very hungry George Hurley after Red Krayola played the 1995 Missouri Derby. We used up a giant block of delicious cheese that one of his roommates bought at Village Wine & Cheese.
5. Polvo beat the shit out of Gary in Tecmo Bowl.
6. At an elegant Thanksgiving Day dinner in 1995, one guest said they were thankful for Drive Like Jehu and another guest explained why the band took its name from the Books of Kings.